I am a Target

I teach peace, but the peace around me feels so fragile: The Lindt café attack in Australia, PEGIDA (Patriotic Europeans Against the Islamization of the West) protests, an armed gunman on school property in Seattle, and the assassinations at Charlie Hebdo.

While teaching in the states I was always preparing for that moment when some child snapped and brought a gun into my school.  My students frequently told me that knives in lockers were commonplace.  Even though I worked in a suburban school, it wasn’t all puppy dogs and rainbows.  Kids feared each other.  The Whites were angry with the Mexicans.  The Mexicans were angry with the Whites.  And I had to hold them together somewhere in the middle.

In the community though, I heard people rail against Mexicans.

“They are coming here and taking our jobs!”

“They shouldn’t be allowed to be here and not speak English.”

“They don’t want to be Americans, they just want to get a free ride, free education, free health care, and they are not paying their taxes.”

I listened to the hate being spewed daily and pushed it aside.  I was teaching human beings.  They were my wards for one hour a day.  It was my duty to make sure that all my students saw the humanness in their fellow classmates.

And now I’m in a different country, a country with it’s own history of hate and violence.  A country that has worked so hard to show that it is human in the face of their inhumane history.  In a way this blog has been about my own personal fight to show Germany’s humanity.  Even in the depths of World War II, Germans were humans.

All last week I listened as people railed against Muslim refugees.

“They are coming here to take our jobs!”

“They shouldn’t be allowed to be in Germany if they don’t speak German.”

“They don’t want to be German, they just want to get a free ride, free education, free health care, and they are not even paying taxes.”

“They are just here to kill us!”

The outpouring of German citizens rising up against this kind hate has been heartening to see.  Hundreds of thousands, in cities all over Germany, held protests on Monday in response to the Dresden Pediga rally.  Those for peace and tolerance seemed to shout louder than those shouting about hate.

Just when I thought, maybe tolerance and peace had a fighting chance, the shooting at Charlie Hebdo happened.  At first I wondered, could this be an attack by anti-Muslim groups, just to further fuel the anti-Islam debate?  But later it was clear that this was a planned attack by a group of Islamic extremists against writers and illustrators they had deemed the enemy.

Yesterday, shortly after the news about the Paris attack broke, my friends in Seattle went into lock down at their schools.  A man with an assault rifle had walked onto a campus and was shouting threats at school employees.  I can’t imagine what those teachers must have felt in that moment.  The signal was given, they followed the plan, and they kept the students quiet.  They sat thinking, “this time it isn’t a drill, it is real.” And then they waited in fear, trying to keep their children calm.

What is wrong with the world? How can I continue to teach peace, when I feel like I might be Hate’s next victim?

It has happened before, I’m afraid it will happen again. 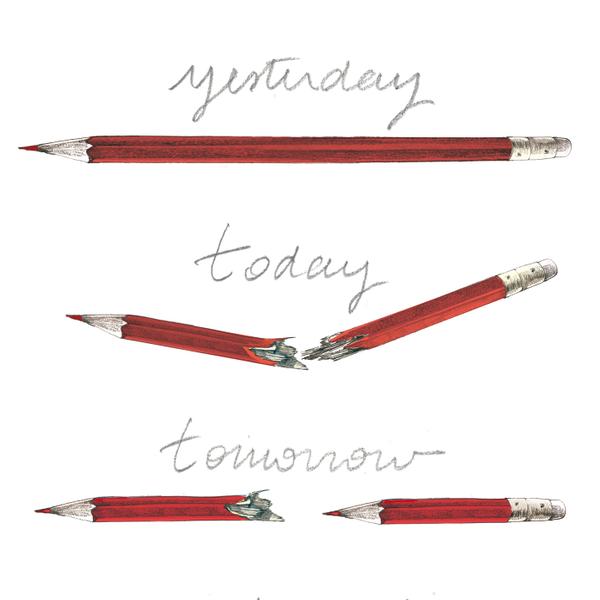 Illustration by Lucille Clerc. It gives me hope.

How do you combat the fear?  What efforts do you take to teach peace and tolerance in your communities?